Mermaid’s daughter (Córka wodnicy) by Bronisława Ostrowska is a fairy tale for both children and adults, with a mysterious atmosphere and a lot of symbolism. It was written at the end of the 19th century in ‘Young Poland’ style, very peculiar, with many adjectives and long, complicated sentences.
The story takes place mostly on an island surrounded by nothing but the sea, so it is quite claustrophobic. I tried to capture this atmosphere by closing the illustrations with the oval frames. The last two illustrations (one used also as the cover) are breaking the frames, as well as the characters of the story who also manage to break free eventually. The pictures are all in shades of blue – which was an university exercise that required using only one colour. I found it fitting very well to the story, which is mostly about the sea and the sky.
All the illustrations are hand-made collages transformed into digital form. 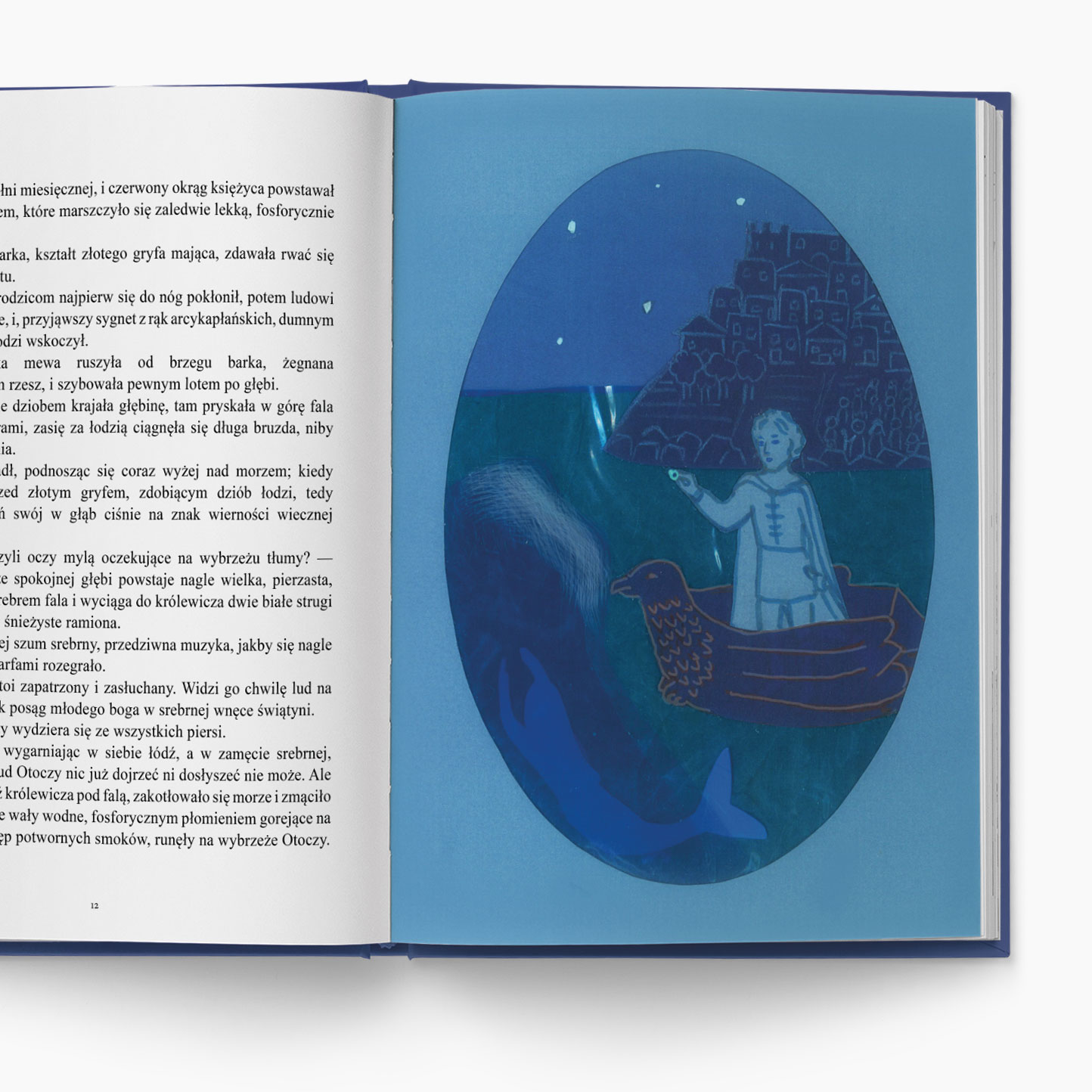 That was a night of the full moon and the red circle was raising somewhere far over the sea, which was troubled lightly, with a slivery, fish-scale-like waves…

…in the late afternoon, when the sun was about to set down and changed the pool into one flaming scale, she sat on the marble rim, looking with her sleepy eyes at the sparkling water. 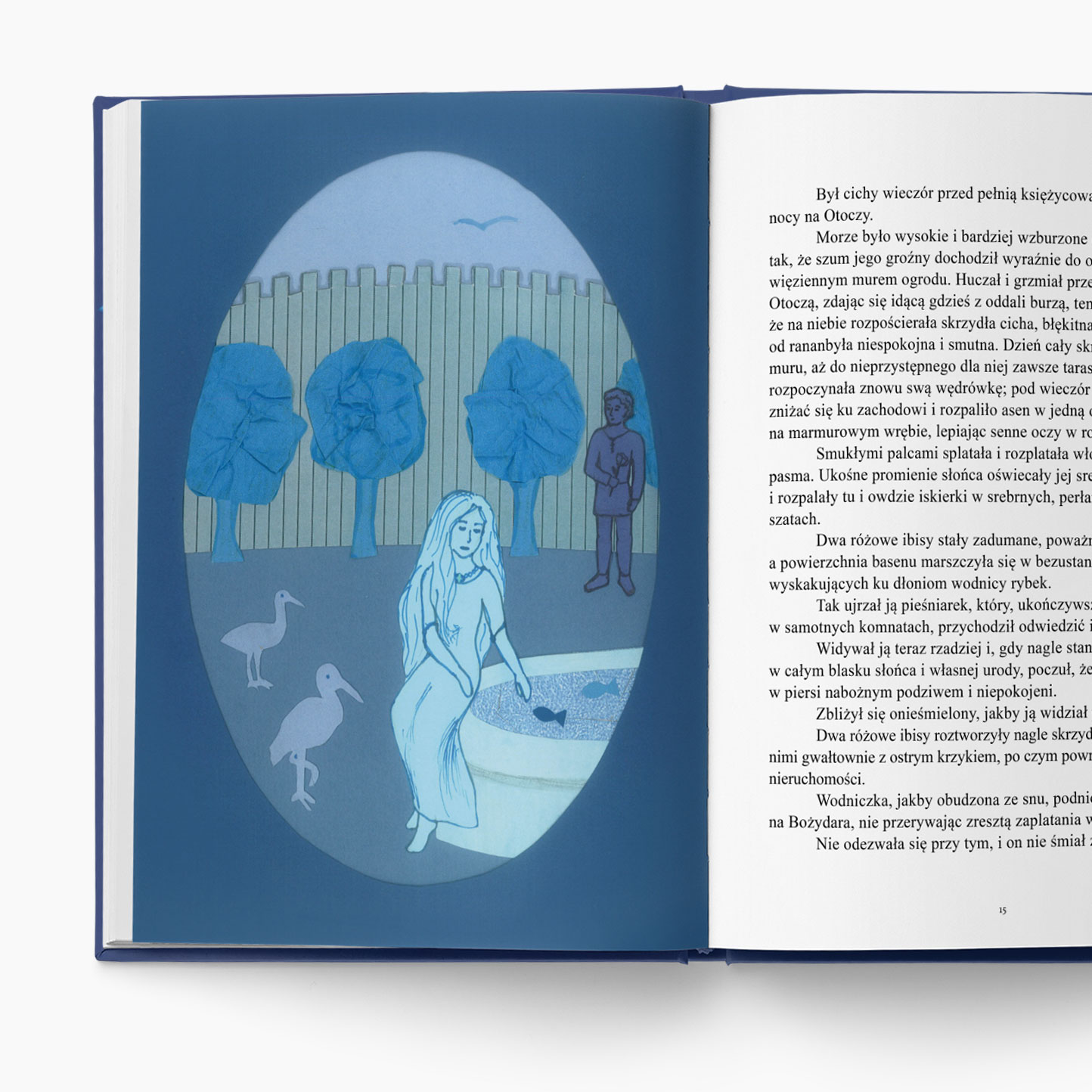 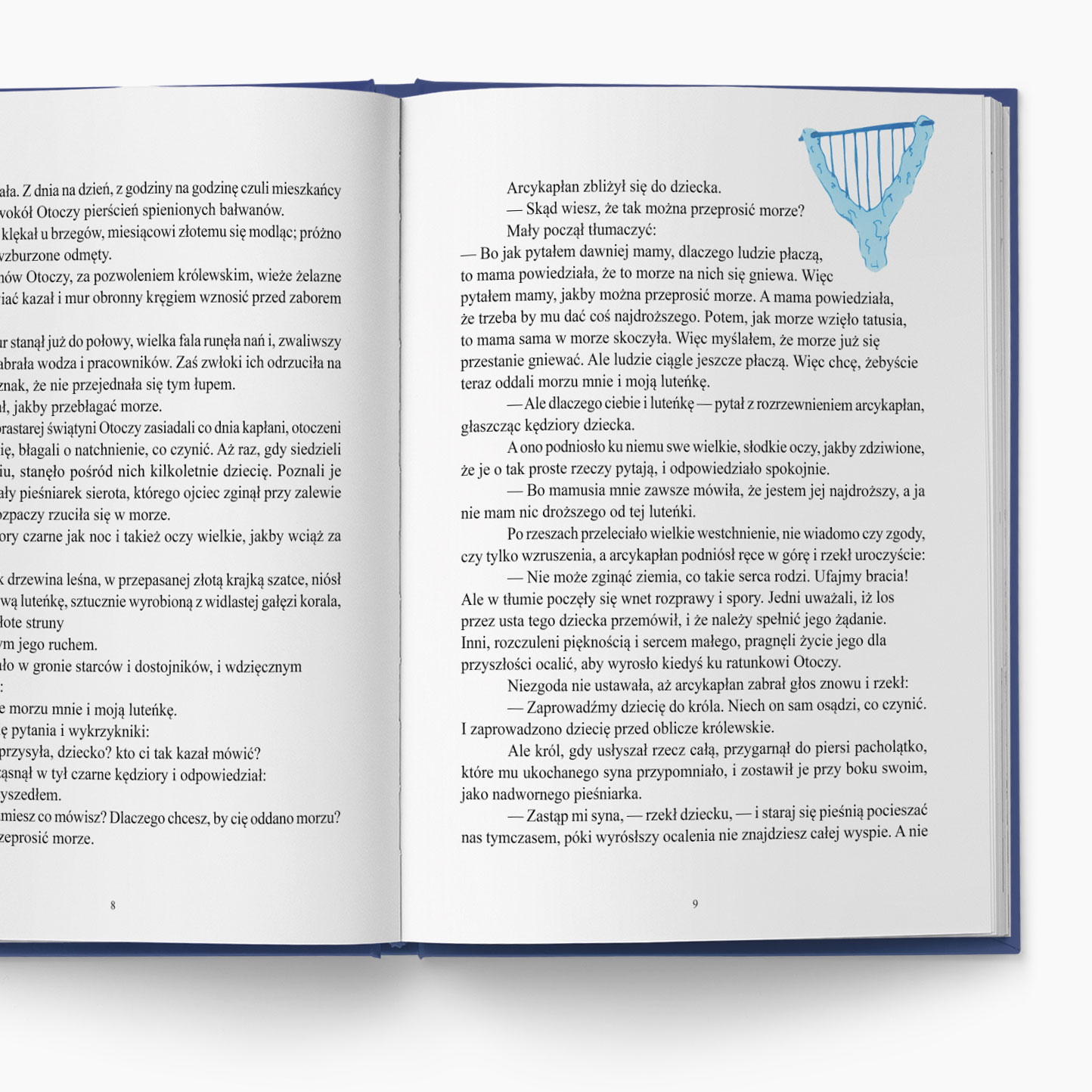 My mum always said I was her most precious treasure, and I have nothing more precious than my lute.

I will come back. I will find the land of salvation, or I will extort the secret of peace from the sea, and I will come back to you. So have faith and wait for my return. 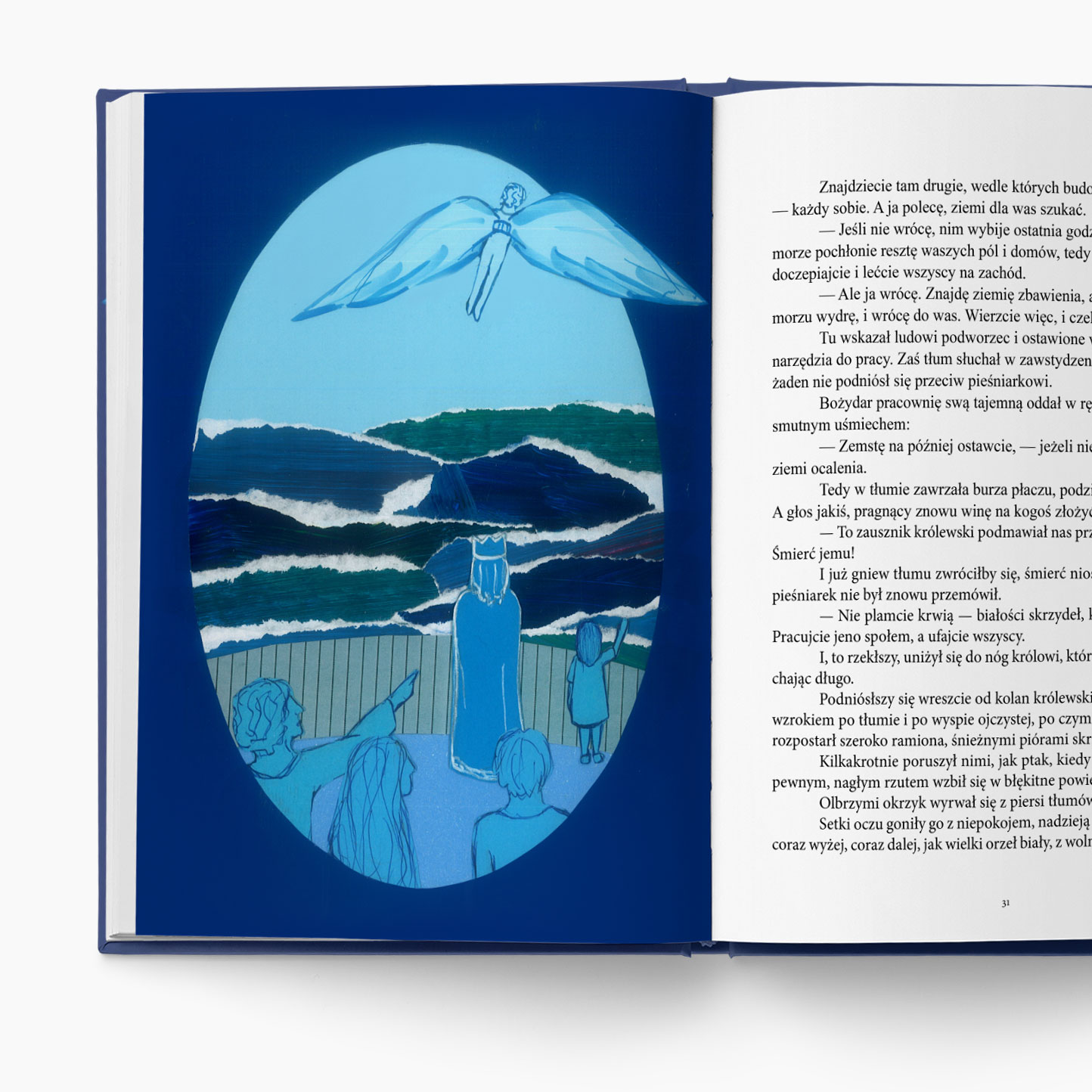 On this calm surface were now the boats of the people from Otocza gently rocking, and the light, good wind was blowing into their wings, pushing them silently to the West.